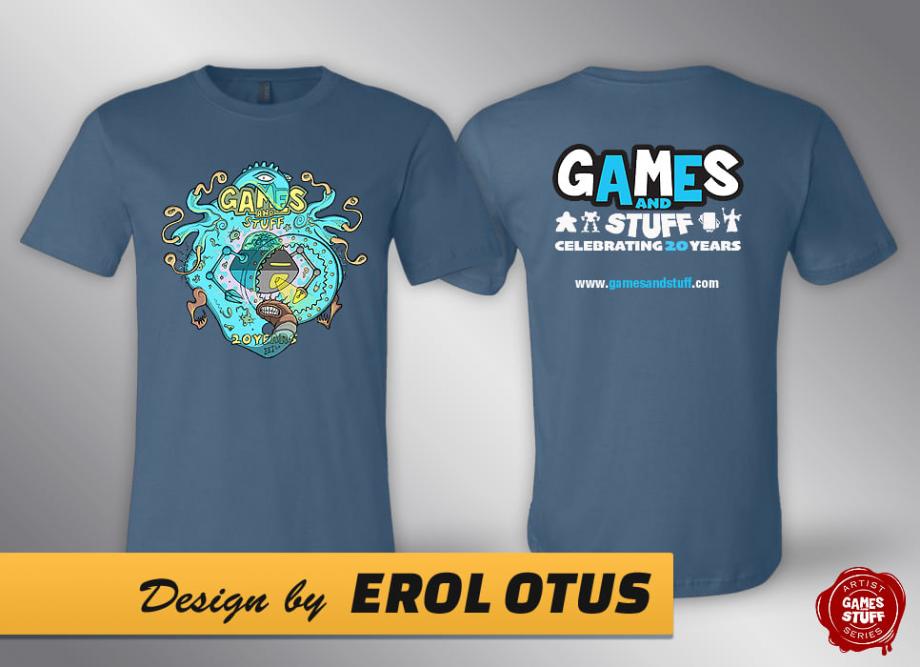 Despite this year's challenges, it's still Games and Stuff's 20th Anniversary! And while we weren't quite able to pull off every surprise we had planned, we do have one more up our sleeve.

Releasing today is the last of our 20th Anniversary T-Shirts, this one designed by none other than classic and dare I say legendary D&D artist Erol Otus!

This limited edition T-Shirt is IN STOCK NOW and available for purchase! Quantities are limited!

Erol Otus is an artist and game designer best known for his work on the Dungeons & Dragons fantasy role playing game. He was a member of TSR’s art department from 1979 to 1981. After TSR, Otus worked on computer games at several studios including Microprose, Spectrum Holobyte, Hasbro, and Toys For Bob/Activision; notable titles include Star Control 2 and the Skylanders franchise. He lives in Berkeley CA and continues to create artwork for RPGs.

Due to Covid our game room is closed and will be closed for the foreseeable future.