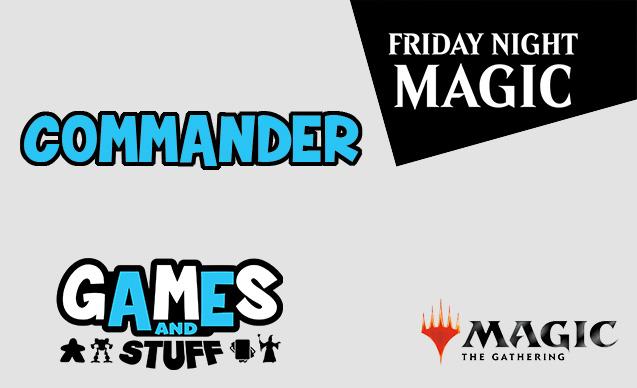 As early as 6:00, start signing up for $5 fire-on-demand Commander/EDH games. When there are enough players signed up for a game, you’ll be seated for a single multiplayer game of three to five players. (Four players, whenever possible.)

Everyone has a chance to win a random FNM promo!

This is a casual Friday Night Magic event and does not contribute to the cumulative FNM standings.

Flames of War is a 15mm war game that allows players to recreate all the greatest battles of history (or make entirely new ones)!

Battle across the Galaxy in Star Wars Legion! Each week players battle it out on the tabletop! Rebel or Imperial, you can help decide the fate of the...

Join us for our weekly Keyforge sealed events on Monday nights!

Come out and join us for weekly battles! Are you the best trainer around? This is a family friendly, all ages event each week! Never played before?...